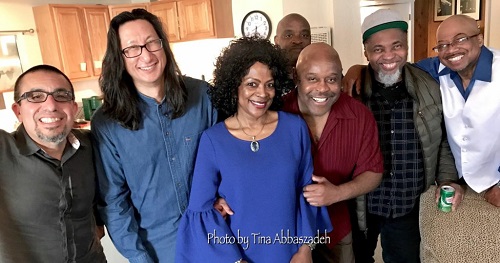 After 25 years as the lead vocalist for Santana, Tony Lindsay has garnered 11 Grammy awards, traveled on several world tours and recorded on eight CDs.

Vocalist Fred Ross was born and raised in San Francisco has been playing in the Bay Area for 35 or so years with some of the best local Bands in the Bay, like Tower of Power! He has appeared at the theatre in Soul 4 the Season as well as for this show. He has recorded with Aretha Franklin, Boz Scaggs, Narada Michael Walden, PeeWee Eills, Fred Wesley and many more.

Janice Maxie Reid is a world class vocalist and keyboardist from the San Francisco Bay Area. Her musical delivery is a captivating fusion of jazz, blues, gospel and soul. Her distinctive four-octave voice range, fierce keyboard skills and engaging stage presence make her a unique “one woman band.” She nearly stole the show last year with her renditions of Aretha Franklin hits!

Rounding out the line up is Allen Leong on keyboards and vocals, David Jones on bass, David Stuhl on guitar, and Deszon Claibourne on drums.

This was a killer show last year that nearly sold out, the vocals alone are amazing, and the musicianship is excellent.