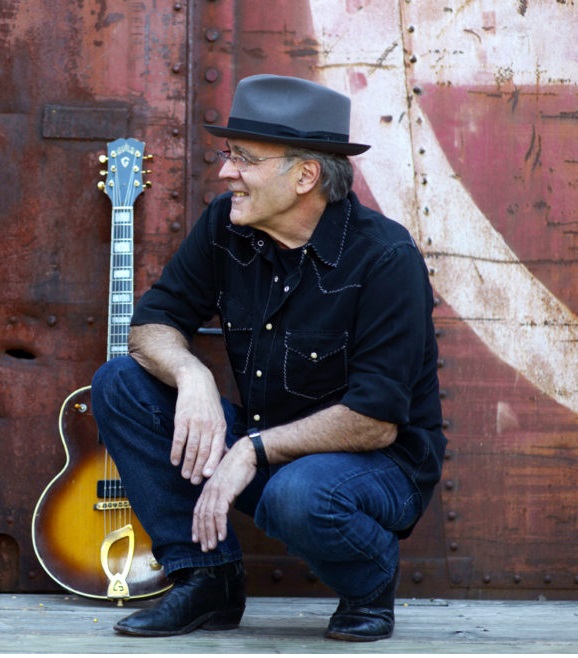 Ray recorded his first album, On the Main, in 1992 and earned wide critical and popular acclaim, winning an enthusiastic following in the U.S., Canada, and Europe. His awards include a prestigious Juno, the Canadian equivalent of a Grammy, for his 1999 album, Gust of Wind. In 2012, Ray won the solo/duet category in the Blues Foundation’s International Blues Challenge in Memphis. His post-Katrina ode, “I Am the Big Easy,” from his 2007 Red House Records release, Going By Feel, earned the International Folk Alliance’s 2009 Song of the Year Award, placing number one on Folk Radio’s list of most-played songs of 2008, and has recently been covered by Jennifer Warnes on her new album,Another Time, Another Place(May 25th, 2018 BMG).Other notable artists who have recorded his songs include Ronnie Hawkins (“Foolish”) and Slaid Cleaves (“Run Jolee Run”). Ray has shared the bill with heavyweights Muddy Waters, B.B. King, Dr. John, J.J. Cale, and Robert Cray, and has guested on albums by Mary Gauthier, Gurf Morlix, Eliza Gilkyson, Ray Wylie Hubbard, and other prominent musicians.

Bonneville strips his bluesy Americana down to itsessentials and steeps it in a humid, southern vibe, creating a compelling poetry of hard living and deep feeling. Rich guitar and harmonica lines resonate over spare and infectious rhythms, while Bonneville’s deep, evocative voice confesses life’s harsh realities, delivered with his trademark grit and groove.

“Richie has mastered the ability to take Roots Americana in its most August lazy and yet make it seem fresh. It is strange and wonderful.” – Dan Collins, L.A. Record