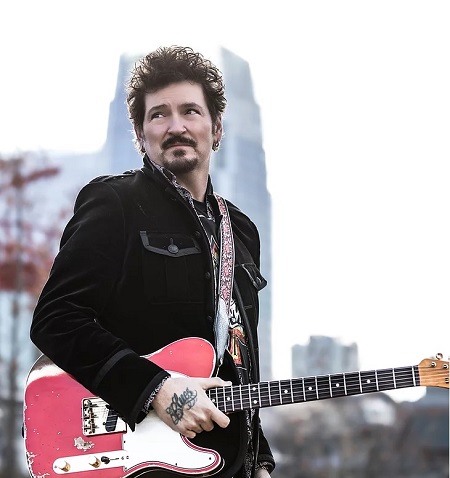 Mike Zito is one of the most lauded artists in the contemporary blues arena today and rightfully so, but for him, the thing that counts the most is maintaining his honesty, authenticity and integrity. Those are the qualities that have steered Zito’s career since the beginning and continue to define every effort he’s offered since.

“I have nothing to hide; it seems my honesty is what people relate to most,” he once told Vintage Guitar magazine. “Anders (Osborne) told me early on, ‘If you don’t believe what you’re singing, you’ll never be a good singer.’ I try not to write fluff; I try to make every word count.”

Mike Zito’s new album, Resurrection, dropped on July 16th via Gulf Coast Records and Hillside Global. The new disc was produced by the celebrated Grammy-winner David Z, best known for his long-standing work with Prince, and who has contributed to albums by Etta James, Billy Idol, BoDeans, Buddy Guy and John Mayall, among many others.

His 2011 album Greyhound was nominated for Best Rock Blues Album at that year’s Blue Music Awards ceremony in Memphis. From 2010 to 2014, Zito also played an integral role in the super group of sorts, Royal Southern Brotherhood. The group released two albums and a DVD, Songs from the Road – Live in Germany, winner of the year’s Blues Music Award for Best DVD. He also made his mark behind the boards by producing albums for Samantha Fish, Albert Castiglia, Ally Venable, Jeremiah Johnson, Jimmy Carpenter, and many others.

His album, Make Blues Not War, debuted on the Billboard Blues Album Chart at number one and garnered him recognition as the 2018 Rock Blues Artist of the Year at the Blues Music Awards. First Class Life followed suit, also entering the charts at number one. Alternate Root magazine insisted that “The First Class Life that Mike Zito titles his upcoming album can be heard in the sweet sound of Blue Soul rising like heat waves from his guitar and his vocal.” American Blues Scene said, “Mike Zito’s return to the blues is, in a word, triumphant!” No Depression declared, “Once again, Zito has delivered the goods, a first class package with no postage due.”