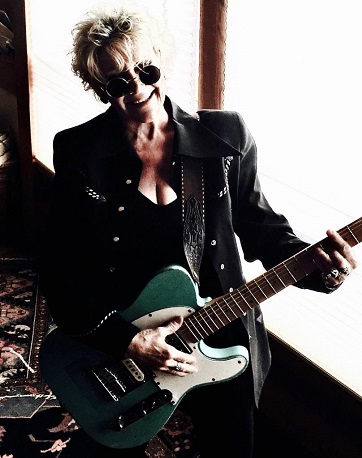 Doors at 6:00, show at 7 pm, open seating, beer and wine available. Previously sold tickets will be honored for this rescheduled date. PLEASE SEE OUR HOME PAGE FOR OUR COVID-19 POLICY. VACCINATION OR A NEGATIVE TEST IS REQUIRED AS ARE MASKS.

Lacy J. Dalton is a country singer and songwriter whose career that has spanned many decades and touched the hearts of millions of music fans. In March 2017 Lacy J Dalton was inducted into the North American Country Music Association International Hall of Fame. She’s one of the most instantly recognizable voices in music – the woman People Magazine called “Country’s Bonnie Raitt”. From the first time Lacy J Dalton caught the public’s ear, that soulful delivery, full of texture and grit, has been a mainstay of Country Music. When you sit to listen to a Lacy J Dalton album, you find yourself pulled in by the very power and heart of this vocalist, because she’s not merely performing a ten-song set, she’s bringing each and every tune to life. It’s as if they were all written especially for her.

Prior to signing with Harbor Records in 1978 as Jill Croston, she like many before her, held many jobs to survive and support her family. As a truck stop waitress and singer, she would wait tables and then jump on stage to sing a few songs. Her hard work and dedication paid off in 1979 when she was awarded the Academy of County Music “Top New Female Vocalist of the Year”. Then in 1980 Lacy J Dalton was signed by Columbia Records and quickly rose to national prominence with “Crazy Blue Eyes”, written together with her longest friend, Mary McFadden, a song that raced to #7 on the Billboard Country Charts.

Lacy’s success was powered not just by the artist’s recordings, but by a stage show that truly electrified audiences. She quickly became one of the few women who could successfully open a show for the likes of Hank Williams, Jr, Willie Nelson, Merle Haggard or Charlie Daniels. Not only could she do it, but she left audiences across the country hollering for more. Her hit records are legendary million-airplay cuts: “Hard Times”; “Crazy Blue Eyes”; “Hillbilly Girl with the Blues”; “Takin’ It Easy”; “Everybody Makes Mistakes”; the worldwide hit, “Black Coffee” and her signature song, “16th Avenue”, the Anthem for Nashville songwriters voted one of Country’s Top 100 Songs ever by Billboard Magazine.

Awarded Best New Female Artist by the Academy of Country Music in 1979, she also brought home numerous Grammy nominations and 3 prestigious, back to back (1979, 1980, 1981) Bay Area Music Awards for Best Country-Folk Recordings. Appearing on those shows with the likes of Neil Young, The Grateful Dead, Grace Slick and the Jefferson Airplane.

Lacy’s collaboration with Willie Nelson on his “Half Nelson” CD was a high spot for her. Lacy was the only woman featured on that recording, which included singing legends Ray Charles, Neil Diamond, Merle Haggard, Julio Iglesias, George Jones, Leon Russell, Carlos Santana, Mel Tillis, Hank Williams Sr., and Neil Young, and was awarded a couple Gold Records for it. She also received a Gold Record from Hank Williams Jr in 1985 for her support performances throughout his “Five-0 Tour”. Her career includes accomplishments in music, television and radio. From her instantly recognizable charted hit songs to her notable duets recorded with with George Jones, Willie Nelson, Bobby Bare, Glen Campbell, Eddie Rabbit, David Allen Coe and many others. Her television debut was in the motion picture “Take This Job And Shove It”. Her acting has also included live stage and theater performances. Currently Lacy J Dalton hosts a weekly radio show, “Mustang Matters”, available to listeners around the world on the internet at www.americamatters.us

She continues to record and perform. As an independent artist , Lacy has released three albums, “Wild Horse Crossing” on her own label, Song Dog Records in 1999. The “Last Wild Place Anthology” went #1 on the World Independent Chart, a year later the CD went #1 on the American Western Music Chart, and then Allison Eastwood, Clint Eastwwood’s daughter, used the hit song “Slip Away” from the Anthology CD on the sound track of her independent film, “Don’t Tell”. In 2010 she also released, a tribute to Hank Williams Sr, entitled, “Here’s To Hank”.

Dale Poune great supporting vocals and guitar and mandolin makes this a great duo show you won’t want to miss!