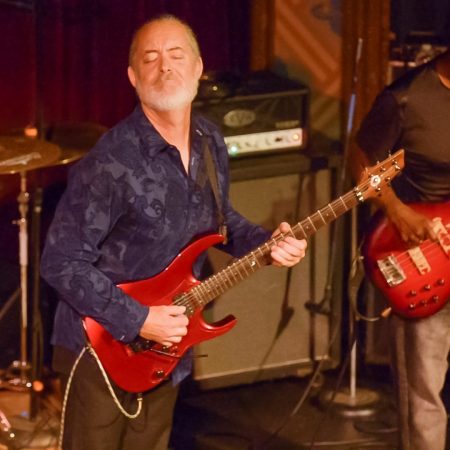 Jon spent his early years in the Sierra Nevada mountains. Then moved to the Bay Area to attend SF State to study music. He was also a Joe Satriani student and became part of the exciting and vibrant Bay Area music scene at that time. Jon is a seasoned performer, music director, session musician, producer and engineer. He went on to own and operate a number of successful recording studios, all while sharing the stage with artists like Heart, Peter Frampton, Ronnie Montrose, Joe Satriani and many more.

Jon now is the owner and designer of 3G Guitars. Right here in Pioneer. With two published US patents for 3G’s unique designs.
Jon is thrilled to be back home in the Sierra Nevada. Living now in Pioneer and loving all that Amador County has to offer. Come and say hi to him and join us in an exciting night of music at The Sutter Creek Theater with our superb sound.