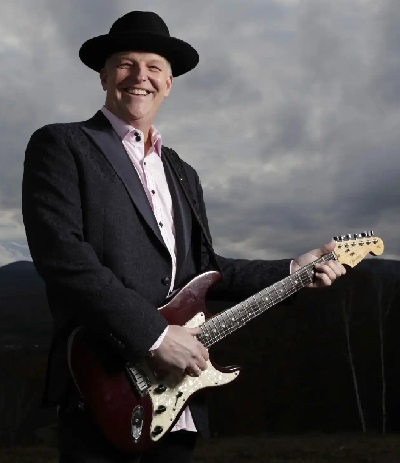 In the trajectory of watching great musicians develop, there is no set timetable. Some appear full-blown right from the start, and others can take a whole career to get to that elevated place. Albert Cummings arrived strong right at the beginning and has kept growing over a course of endless tours and nine previous albums, right up to today with the release of the album TEN. It’s the kind of recording that shows exactly why all the accolades and excitement have been deserved. Now, it’s an irrevocable truth that the musician has made his full-on breakthrough. And it comes at exactly the perfect time, when the world is looking into what might be in store past the challenging experience of the pandemic for the last two years. Music, being one of the world’s tried and true joys of life, has always had a way of bringing healing and inspiration to listeners, and at no time in recent decades has it been needed more than now.

This is a singer and guitarist who has played with many of the greatest players of the modern era, and received the kind of awards and recognition that few others do. Raised in Massachusetts and self-taught on the banjo, it was a 1987 concert by Stevie Ray Vaughan and Double Trouble that opened Cummings to a new world of modern blues and inspired him to take up the guitar. It didn’t take long from there for him to find his way to the front of the pack. In fact, Albert Cummings’ very first album FROM THE HEART (2003) was produced by Double Trouble’s Chris Layton and Tommy Shannon and included the group’s Reese Wynans on keyboards. That had not happened before Cummings’ release.

“A barrage of guitar pyrotechnics that calls to mind a grand mix of the styles of past masters like Albert King, Freddie King, Stevie Ray Vaughn and Jimi Hendrix.” – Bluesprint Magazine

“Though Albert always walks a fine line between rock and blues, he demonstrates effortlessly that the blues makes everybody feel great.” – Bostonblues.com

“The blues is best served up live, with an enthusiastic audience and a killin’ band, and that’s exactly what guitarist Albert Cummings does.” – Guitar Edge Magazine